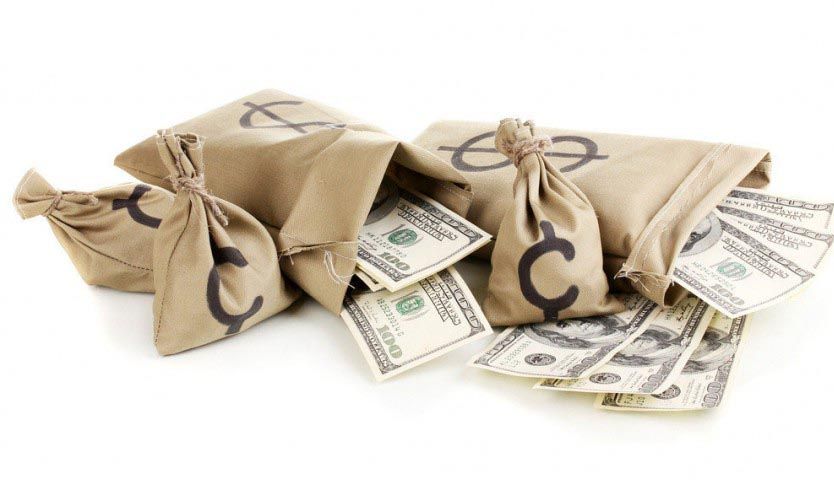 Many significant financial events – from property boom to bust, from bank run to recession – have previously put pressure on the currency peg between the UnitedStates and Hong Kong dollars. The exchange-rate mechanism has proved remarkably durable but, as George W. Russell asks, can it survive Donald Trump ?

Thepeg between the Hong Kong and United States dollars, formally known as thelinked exchange-rate mechanism, ties Hong Kong’s economic policy to that of theU.S. Federal Reserve System, announces a change in interest rates, as she didin March, all eyes in Hong Kong turn to the peg.

Normalizationof Fed Policy, after a period of historically low interest rates, is the latestin a spate of events thrusting the peg into the spotlight. Others include therenminbi’s inclusion in the basket of currencies that makes up the InternationalMonetary Fund’s de facto unit in September 2016, and Beijing’s push for therenminbi’s internationalization in 2014.

Nowthe peg is back under scrutiny since the U.S., under President Donald Trump,appears to be on a collision course with China over trade. Although Trump haseased off accusations that China is a ‘currency manipulator,” there is theawkward political situation of a significant part of China being tied to anobstreperous rival.

Someanalysts, such as Ramkishen Sundara Rajan, Professor of Economics at ESSECBusiness School, Asia-Pacific, suggest that now might be a good time to revisitthe effectiveness of the peg.

Withgreater global exchange-rate volatility due to U.S.-China tensions (as well asthe United Kingdom’s exit from the European Union and other trade concerns),Rajan says Hong Kong can expect more frequent and not always anticipatedshocks. “In this regard, as greater degree of exchange rate flexibility couldhelp alleviate the burden on the domestic economy.”

Indeed,the peg crops up often as a boilerplate reference in management and discussionanalyses. An Ronny Lee, Chief Financial Officer of Henry Group and a Hong KongInstitute of CPAs member, points out, statements often note the peg’s effect onthe overall economy.

Thepeg was introduced in 1983 to provide Hong Kong’s small economy with aninternational underpinning (See Currency in crisis on page 15). A currencytends to strengthen when investment pours in (although exports become lesscompetitive). When a country hits economic trouble, its currency often weakens.To hold exchange rates stable, many central banks deploy foreign reserves,buying and selling in currency markets.

Anotheroption to stave off high volatility, especially for small countries, is to fixthe value of their money to another currency, through a peg, a band or a board.At least 50 currencies are pegged to a major unit: about half to the U.S.dollar, while others are linked to the British pound, Euro, South African randor Australian and New Zealand dollars.

“Investorhave occasionally questioned whether the currency board is the most suitableframework for Hong Kong and, in turn, this has prompted speculative pressuresin the past.”

Thereis no doubt that pegs cause stresses. Speculators hope to catch bankers offguard or exert enough pressure to break the link. In 1998, investors betted theexchange rate was inappropriately strong for Hong Kong. In more recent years,the pressure has been coming on the “strong side” of the rate, with bankers strugglingto deal with excessive inflows.

“Investorshave occasionally questioned whether the currency board is the most suitableframe-work for Hong Kong and, in turn, this has prompted speculative pressuresin the past,” says Claudio Piron, Managing Director of Global Research at Bankof America Merrill Lynch in Singapore. “The current currency board is notnecessarily the optional regime.”

Somespeculative attacks are deliberate. Financier George Soros, who pocketed US$1billion in 1992 by betting the British pound would be forced off the EuropeanExchange Rate Mechanism, was less successful in his 1998 Hong Kong venture.Then financial secretary Donald Tsang deployed vast reserves to defend the peg,buying nearly HK$120 billion in stocks.

Thepeg forces the HKMA to synchronize local interest rates with those of the U.S.,even when the two economies are in different cycles. Interest rates are setaccording to growth: when an economy accelerates, central banks often raiserates to slow inflation or, sometimes, to tame asset bubbles.

Inrecent years, Hong Kong has been forced by its dollar peg to mirror monetary policymore appropriate for a crisis-struck U.S. than a still-growing Hong Kong. Mostanalysts believe inappropriately low interest rates are to blame for the morethan doubling of property prices in Hong Kong since 2009.

Nowthat the U.S. Federal Reserve is in a tightening cycle, households in Hong Kong– which already had to take on much debt to buy expensive property – will facean added burden of rising monthly mortgage payments.

HongKong’s broader economy, which has been dealing with heated inflows in recentyears, especially from the Mainland, now faces the risk of outflows. “It isexpected that some of the US$130 billion of capital inflow into Hong Kong since2008 will be exchange back to the U.S. dollar,” HKMA

TheHong Kong dollar’s peg to the U.S. dollar was born amid the chaos of arecession in the early 1980s. Many Hong Kong property companies went bust andseven local banks collapsed between 1983 and 1986, while political uncertaintiesadded a further twist. In August 1983, China declared it would take back HongKong on or before 1 July 1997, regardless of the outcome of its negotiationswith the United Kingdom.

Sino-Britishtalks on the weekend 23-24 September 1983 ended in a stalemate. On those twodays, the Hong Kong dollar fell 13 percent against the U.S. greenback, closingat a record low of HK$9.60 to US$1. Ordinary Hongkongers were rattled, former legislatorand union organizer Chan Kam-chuen recalled. “People rushed to the supermarketsand emptied the shelves of food and other daily necessities.

Thegovernment developed the peg with utmost secrecy in case speculators saw anadvantage. “[Because] of the immediate effect on sensitive financial markets ofeverything we may say and do…we must proceed with care and caution, “thengovernor Sir David Wilson told the Legislative Council on 5 October 1983.

Nevertheless,Hong Kong’s savvy business community knew something was afoot. “Smallermanufacturers…refused to accept orders with Jong Kong dollar payments…dealersin raw materials also did likewise, “Chan said. “Some parents who were justable to afford to send their children overseas for education had to make theheart-breaking decision to recall them.”

Thepeg was finally fixed on 16 October 1983 – a Sunday. The Wall Street Journalcalled it a “drastic effort to bolster the …sagging currency,” while theFinancial Times suggested it would cause problems as well as cure them,particularly the high cost of maintenance. But for many Hongkongers it was adecisive act that brought a level of clam and troubled times.

Economicconcerns have traditionally underpinned opposition to the peg. In 2012, Chan’s predecessorat the HKMA, Joseph Yam, argued in favour of a switch to a more flexiblecurrency regime similar to that of Singapore, a market more like Hong Kong’s.

Analystswarn of the need not to signal a change too early. “If you do not show yourcommitment to a specific decision, you risk that currency markets startspeculating on upcoming changes,” notes Bert Burger, Senior Economist at tradecredit insurer Atradius in Amsterdam and author of a 2016 research report, TheHong Kong dollar peg: change will come.

TheMainland unit has long been considered the most likely currency to constitute ahypothetical new peg, or at least be part of a trade-weighted group ofcurrencies. Burger argues in favour of an eventual shift to a peg withrenmimbi. “Frist the renminbi has to be fully convertible, and after that theHong Kong dollar could be pegged to a basket.”

InFebruary, outgoing financial secretary John Tsang noted that, “In the short term,there is no possibility to see any change” to the current peg but suggestedthat this could be reviewed in the very long term as the renminbi would one daybe liberalized and convertible.

However,that could be far in the future. “I don’t think the renminbi is likely tobecome that important to Hong Kong in the short term,” says Kun Li, Senior Analysta Selerity, a research house in New York. “Few countries use the reminbi as atrade currency. While Hong Kong is a major offshore renminbi centre, thisoffers benefits only to a few financial firms.”

Economistsbelieve China is unlikely to apply undue pressure on Hong Kong. “Those inBeijing are realists,” says Steve Hanke, Professor of Applied Economics atJohns Hopkins University in Baltimore and an architect of several successfulcurrency boards. “Why would the Chinese government, or anyone in Hong Kong,want to give up a link to the world’s premier international currency ?”