A greater role in the Greater Bay Area 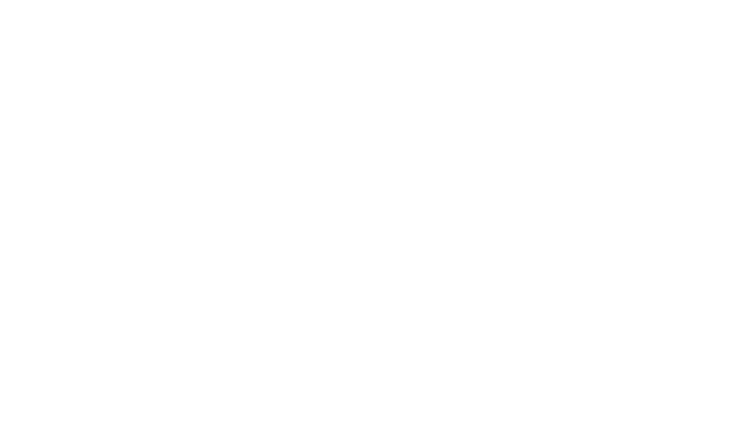 The Guangdong-Hong Kong-Macau Greater Bay Area (GBA) initiative, set out by the Mainland China government, aims to create an economic powerhouse in the region, but there are a multitude of challenges in implementing the scheme.

Exact details of the initiative are not yet known, with the GBA blueprint expected to be issued in late September or early October. But in essence, the scheme’s “9+2” concept aims to develop nine cities in Guangdong province, plus Hong Kong and Macau, into a world-class city cluster that will play a leading role in innovation, advanced manufacturing, trade, finance and logistics.

It is modelled on similar initiatives in other countries, such as Japan’s Greater Tokyo Area, the United States’ San Francisco Bay Area and New York metropolitan area.

Each city in the GBA will have its own sectorial focus. Sarah Chan, Partner, Tax and Business Advisory Services at Deloitte China, explains that the initiative is expected to lead to synergies between the different cities, as well as greater integration, through business cooperation and increased mobility of both goods and people. This will be facilitated by enhanced transport infrastructure, including new airports, highways, transport hubs and the high-speed rail link. “The government has set targets, one of which is that in the long run the GBA will outrate other bay areas,” she says.

Already, the 11 cities pack a significant economic punch, with the combined GBA producing a gross domestic product (GDP) of US$1.4 trillion in 2016, equivalent to 12 percent of Mainland China’s economy, although it is home to only 5 percent of the country’s population.

The initiative is expected to accel¬erate the transformation the region is already undergoing, with highly pol¬luting industries forced to shut down, and being replaced with high-end, high valued-added manufacturing activities.

The GBA cities are also expected to compete with each other to become centres for various industries – Shenzhen, for example, has already established itself as a premier high-tech innovation hub and research and development (R&D) centre.

Lorraine Cheung, Partner, China Tax and Business Advisory Services at EY, points out that while the Hong Kong government is promoting R&D and offering a match funding scheme, given the size of Hong Kong, competing with Shenzhen in this area could be difficult. “If companies are considering whether to put their production in Hong Kong or Shenzhen, when they look at the whole supply chain, they will likely choose Shenzhen – as the supply chain ecosystem is better developed. Hong Kong faces land supply constraints, which hinders the development of a comparably-sized ecosystem,” she says.

William Chan, Tax Partner at Grant Thornton, agrees that the high rental cost in Hong Kong makes it unattractive for businesses to relo¬cate their manufacturing activities.

But Catherine Tsang, Partner, Tax and China Business Advisory Services at PwC, suggests this fact means Hong Kong companies are well-placed to benefit from the enhanced cooperation with other GBA cities, as well as the improved transport links under the initiative. She adds that for its part, Hong Kong should promote its financial services sector and strong professional ser¬vices expertise. “Companies could register their intellectual property in Hong Kong because the city has a good legal system for that. They could then use other services here like accounting and valuation.”

In fact, Hong Kong’s Financial Secretary Paul Chan recently said at the World Economic Forum’s Annual Meeting of the New Champions that, as an international finance centre with the best professional services in the GBA, Hong Kong could become the premier listing and fundraising location for Mainland enterprises. He added that Hong Kong would also look to complement other cities in the GBA by building an international information and technology hub, with a particularly focus on develop¬ing FinTech.

While the GBA initiative has the potential to create significant oppor¬tunities for Hong Kong, uncertainties remain about how tax issues will be handled.

Sarah Chan explains that, unlike other bay areas, the GBA will involve three different legal jurisdictions and three different tax policies. Falling under the Mainland’s tax regime is unlikely to appeal to either busi¬nesses or people from Hong Kong. Corporate income tax in China is charged at 25 percent, compared with 16.5 percent in Hong Kong, while personal income tax is also higher on the Mainland with a top rate of 45 percent, compared with one of 17 percent in Hong Kong. William Chan adds: “Under the recently revised China Individual Income Tax (IIT) Law, if people move from Hong Kong to the GBA to live or work they could end up paying tax on their worldwide income. Whereas, they may only need to pay salaries tax on Hong Kong income if they live in Hong Kong.”

Daniel Hui, Partner, China Tax at KPMG, explains that there is a preferential tax policy for Hong Kong people living and working in the Qianhai free trade zone, under which certain eligible individuals would pay tax in China, but receive a rebate to give an effective income tax rate of 15 percent. “We would like to see a similar proposal for Hong Kong people working in the GBA,” he says. But he adds that this would require a subsidiary from the Chinese govern¬ment, and the profession would like to see further developments on this area.

Value-added tax (VAT) could be another challenge. Hong Kong and Macau do not have VAT, but in Mainland China VAT is charged at 16 percent on many goods and services – creating issues for companies that have bases in both Hong Kong and the other GBA cities in the Mainland.

Cheung explains that companies may produce a prototype in Hong Kong, but when they ship it to Shenzhen, they have to pay customs duty and VAT. When the first stage of manufacturing is completed, and they need further high value process¬ing, they may ship it back to Hong Kong. “There are VAT and duty lev¬ies all along the way. Alignment of tax and duties is needed for the free flow of goods, and to make the GBA a cohesive supply chain for corpora¬tions,” she says.

In Mainland China there is a tax credit system for VAT but this is only available to entities that have VAT registration, and Hong Kong compa¬nies cannot currently go through this registration process.

William Chan says: “There does not necessarily have to be an exemp¬tion, but if Hong Kong companies are allowed to register as VAT payers in Mainland China, these entities can get into the VAT system and qualify for refunds or credit offsets. He adds that even if companies did not face the VAT issue, having to clear cus¬toms hampers innovation between Hong Kong and GBA cities because it takes time.

It is also currently unclear if any tax incentives will be introduced to encourage the mobility of people and companies within the GBA. William Chan says: “At the moment, no tax policy has been issued. The reason for this may be that they are not going to use tax policy as a driver. Like the San Francisco Bay Area, they may build infrastructure to get people to congre¬gate there, rather than give a financial incentive to attract people to relocate to build business.”

Aside tax issues, other factors may inhibit Hong Kong people from working in the GBA.

Tsang says the recent removal of the work permit requirement for people from Hong Kong taking up jobs in the Mainland is a step in the right direction.

The introduction of a new identity card, giving Hong Kong citizens access to a wide range of public services, such as education and healthcare, while they are residents in the Mainland, should also help. But Sarah Chan points out that it is still not easy for people from Hong Kong to make the transition: “You need to get a card from the local government, and you need to live there for half a year before you are qualified to get a card. There is no fast track.”

Tsang also points out that the 183-day rule will be used to determine tax residency under the newly passed IIT law. This complicates matters, as it would mean people who qualified for the resident card would also be classified as tax residents and be liable for tax on their worldwide income. “Because of the amendment to the IIT law, people may be wary of applying for the cards,” Tsang says.

Assuming that these issues are resolved, people in Hong Kong may still need some form of incentive from the Hong Kong government to encourage them to move to the GBA.

The transport infrastructure, including the new high-speed rail link, will mean the majority of the GBA cities are within one to one-and-a-half hours of Hong Kong. This has led to suggestions that dormitory villages could be created in the GBA, where property is cheaper, for Hong Kong residents, as well as encouraging retirees to live in Mainland China.

But, alongside the promise of cheaper housing, incentives are likely to be needed to encourage Hong Kong people to relocate, such as portable social welfare benefits for the elderly, and some form of rental or interest deductions for those living in Mainland cities but still working in Hong Kong.

Tsang thinks young people in particular may need inducements, such as internships, so that they can experience in person the benefits that the opportunities within the GBA offers. “Youngsters from Hong Kong need to leave their comfort zone and be comfortable to mingle with their peers in Mainland China. To help, the issue of Mandarin not being their first language would also need to be overcome.”

There is expected to be greater mobility from Macau, which is more focused on the leisure industry, making it easier for young people to move to the Mainland to work in theme parks, Hui says. Tsang adds that it is also important to remember that mobility within the GBA should be two-way. “It is not just about going into China, but also attracting talent to Hong Kong as a financial centre,” she says.

Another potential stumbling block is the lack of recognition in the Mainland of professional services qualifications from Hong Kong.

Some Hong Kong professionals cannot practice in China due to the licensing limitation. For instance, finance professionals are not able to give real-time advice to companies unless they come to Hong Kong. Likewise, foreign lawyers are not allowed to advise on Mainland law in China.

William Chan says: “Hong Kong financial services and certain professional services providers are not allowed to provide their services in China, and that prevents us from providing services there. Further market liberation in the Mainland would lead to easier market access by the Hong Kong professionals.” Some sort of mutual recognition scheme for qualifications is needed, he adds.

But Tsang points out: “If we are asking for this status of mutual recognition, we must be prepared to open up the Hong Kong market to qualified Mainland professionals. It cannot be just one way.”

Overall, Hui thinks that in order for the initiative to be a success, the ease of doing businesses between Hong Kong and other GBA cities needs to be increased. “You need to leverage this initiative, so that when Hong Kong people and businesses go into China, it is easier and less costly,” he says. “There are some things you can’t change, like the tax law, but the ease of doing business you can.”

Tsang agrees: “The GBA definitely has a lot of opportunities for Hong Kong people in the long run but they need to break down the hurdles.”