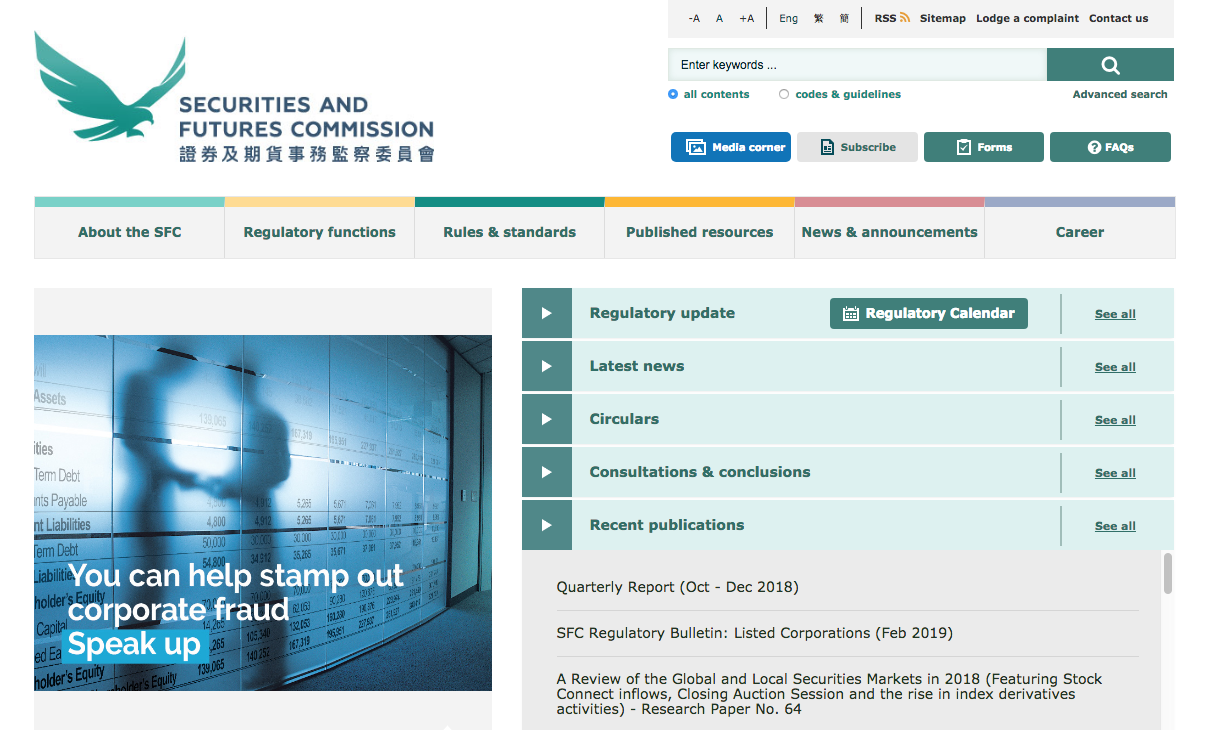 On January 8, 2019, the Hong Kong Securities and Futures Commission (SFC) has reprimanded and fined FWD Life Insurance Company (Bermuda) Limited (FWD Life) HK$2.4 million for failures in complying with the key personnel requirements under the SFC Code on Mandatory Provident Fund Products (MPF Code) and the Fund Manager Code of Conduct. The SFC found that FWD Life failed to ensure there were at least two key personnel who met the minimum five-year investment experience requirement in managing retirement funds or public funds under the MPF Code at all times. Specifically, from December 2012 to November 2016, FWD Life had only one key personnel in place who met the minimum investment experience requirement. FWD Life only discovered it had insufficient key personnel when the Mandatory Provident Fund Authority made inquiries in January 2017. The SFC also found that FWD Life failed to implement policies and procedures for the designation and monitoring of key personnel and to communicate to relevant staff members of their designation as key personnel. FWD Life’s failure in this respect contributed to the duration of its breach of the MPF Code. In deciding the disciplinary sanctions, the SFC took into account all circumstances, including: Source : https://www.sfc.hk/edistributionWeb/gateway/EN/news-and-announcements/news/doc?refNo=19PR2
WhatsApp us